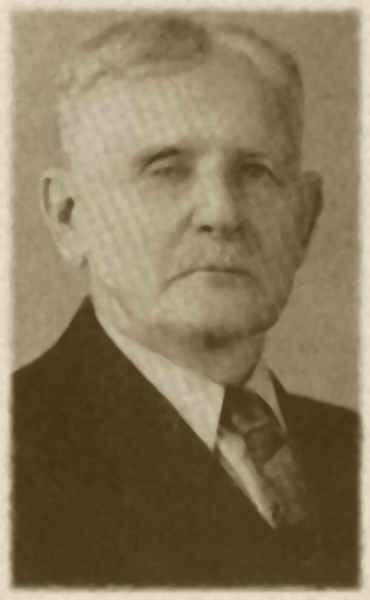 The Bond County Historical Society was organized in 1955 as a result of the efforts of John H. Nowlan. For over half a century Mr. Nowlan, a teacher and surveyor, collected information on the history of the county and wrote letters tracking down former residents across the United States. In the 1940s and early 1950s he wrote regular articles for the Greenville Advocate and became known as an unofficial historian of the area. He also began informal meetings with a small group of people to discuss the county’s history. Mr. Nowlan soon put out an appeal for the creation of a historical society, and interest quickly grew. 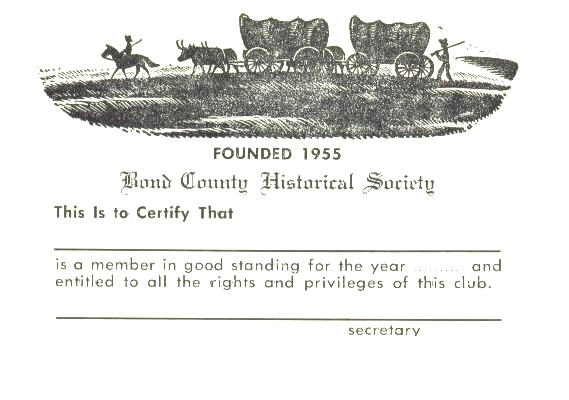 Because many artifacts were being donated to the society, a temporary museum was established in an upper room of the Bond County Courthouse in Greenville. Mr. and Mrs. Carl Gobberdiel were the first curators of this small museum. They also restored a rosewood piano donated by Greenville College that was once owned by Almira Blanchard Morse. This piano is known to have been shipped by boat from Boston to St. Louis in 1840 and is believed to be the first piano in Bond County.

Log Cabin from the 1830s rebuilt by the Historical Society 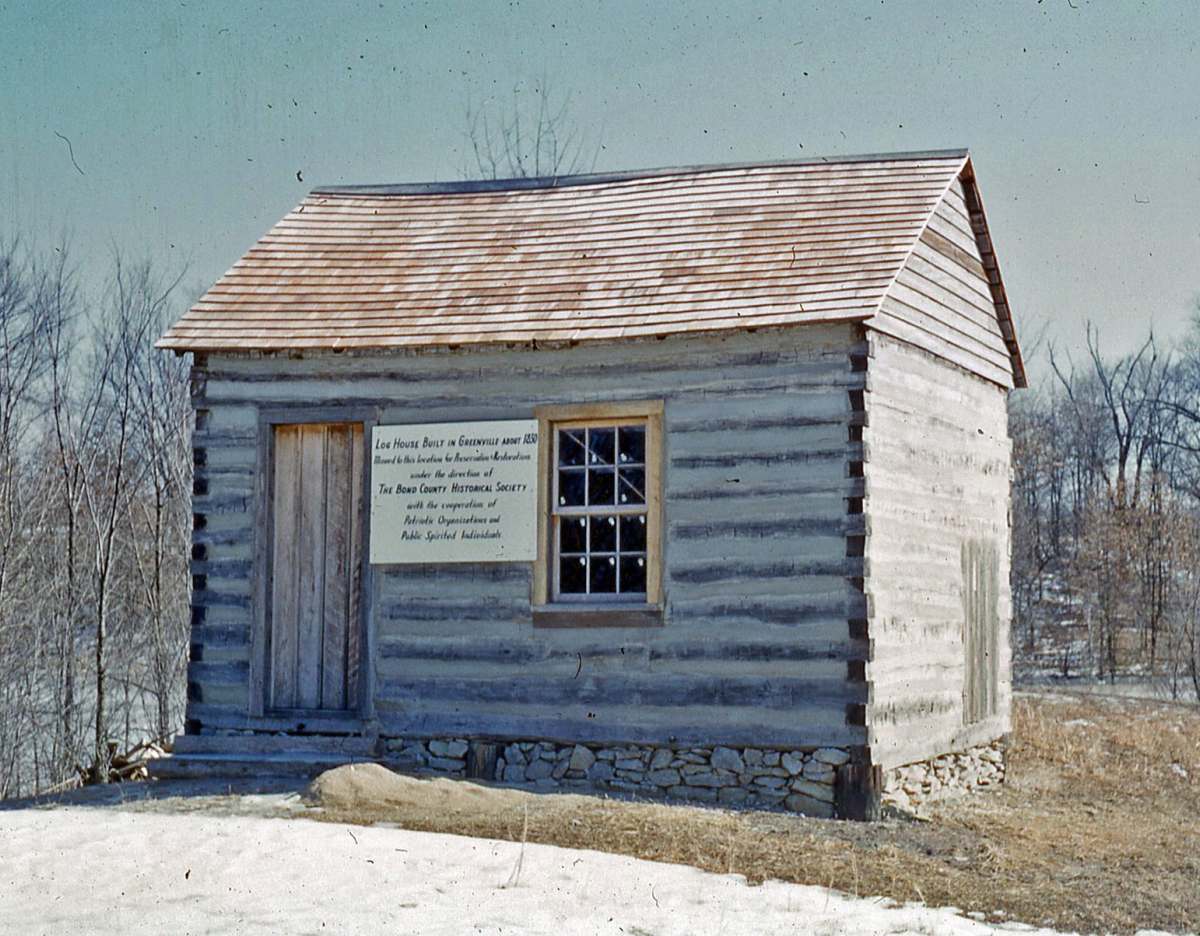 The early 1960s saw the young society take on its first major project. During the demolishing of an old home in Greenville, a log structure was discovered within. Believing that the log home dated to the 1830s, the Historical Society took on the task of moving the original timbers and rebuilding them at the City Park. After a few years of members donating labor and materials, the historic log home was opened to the public in 1962. Unfortunately, by the 1970s years of weathering finally took their toll on the aged logs and the cabin became unusable and was later taken down.

By the 1970s the society had also outgrown its museum space at the courthouse. Through the efforts of Mrs. Susan Hoiles and Mrs. Pauline Watson, the society was loaned space in the basement of the Greenville Public Library. On March 11, 1973 a grand opening was held for the new museum in the room under the library’s rotunda. For the next several years items in the collection were organized, labeled, and displayed in the room and opened free to the public on Sunday afternoons.

BCHS Museum in the Greenville Public Library between 1973-1992 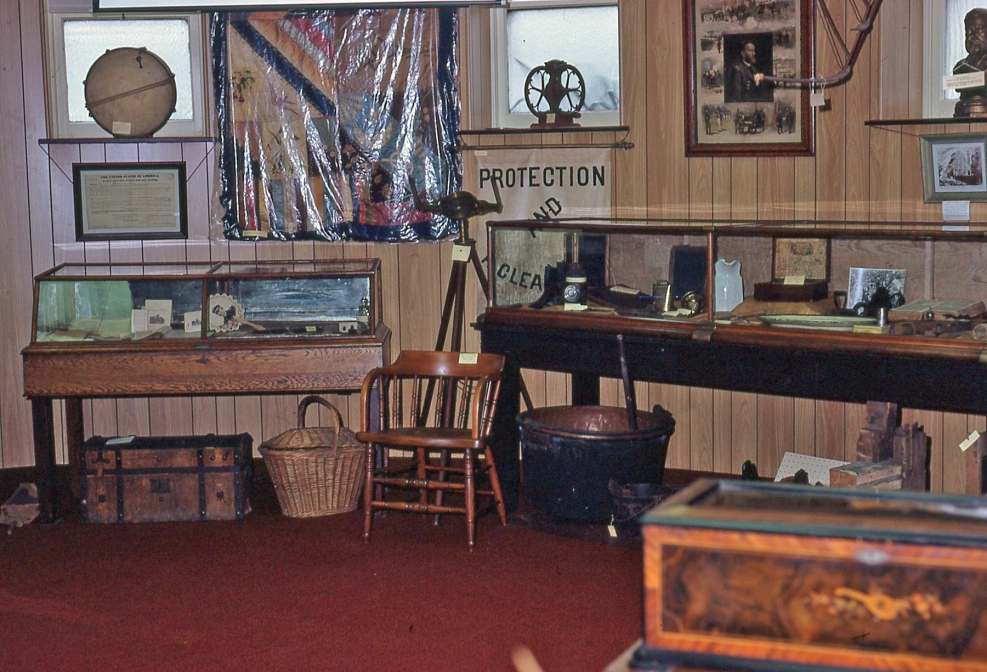 In 1979 the society published Bond County Illinois History, their first large book detailing the history of the county with pictures and submitted family histories. In 1981 some of the members of the Historical Society helped form the Bond County Genealogical Society in order to help restore the county’s cemeteries and record family histories. The Historical and Genealogical Societies continue to work together on projects to this day, and both have many members in common.

In the fall of 1992 the Greenville Public Library board decided to expand their children’s library into the space used for the museum. In January 1993 a public meeting was held to determine the fate of the society’s collection. Charter members Douglas and Susan Hoiles, and Cornelia Davis pledged large donations to the society to purchase its own home. 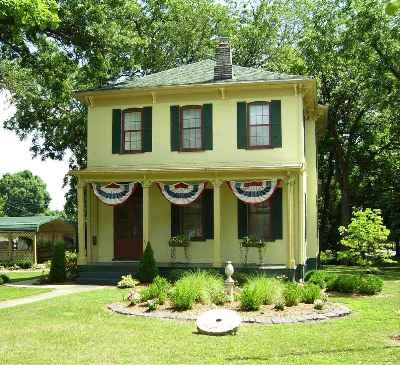 In the summer of 1998, a museum committee began negotiating the purchase of a house at 318 West Winter St. in Greenville owned by the family of the late Byrl and Katherine Alexander. This historic home was originally built in the 1870 and owned by Isaac Norman. The Kingsbury Park District provided a small tax levy to support the operation of the facility, and the house was bought in August 1998. In December 1999 the new home of the Bond County Historical Society formally opened and was named the Hoiles-Davis Museum in honor of these two families’ generous contributions.

Since the opening of the Hoiles-Davis Museum, the Bond County Historical Society has worked to obtain and preserve items important to the history of the county and its communities. The society also began sponsoring a Quilt Show as part of Bond County Heritage Day in Downtown Greenville in the Spring. A vintage “Events On The Square” promotional card from 1997 promised the 5th Annual Heritage Day would be filled with Trolley Car Tours, Historic Walking Tours, Fife & Drum Corps, Kettle Corn, Re-Enactment Groups, and Period Demonstrations. In 2006, Heritage Day could boast 12 different activities at 7 locations across town, including a quite popular Antique Appraisals & Flea Market. Though Heritage Days as a whole has discontinued, the Quilt Show has become and remains a major event and draws hundreds of people each odd-numbered year. 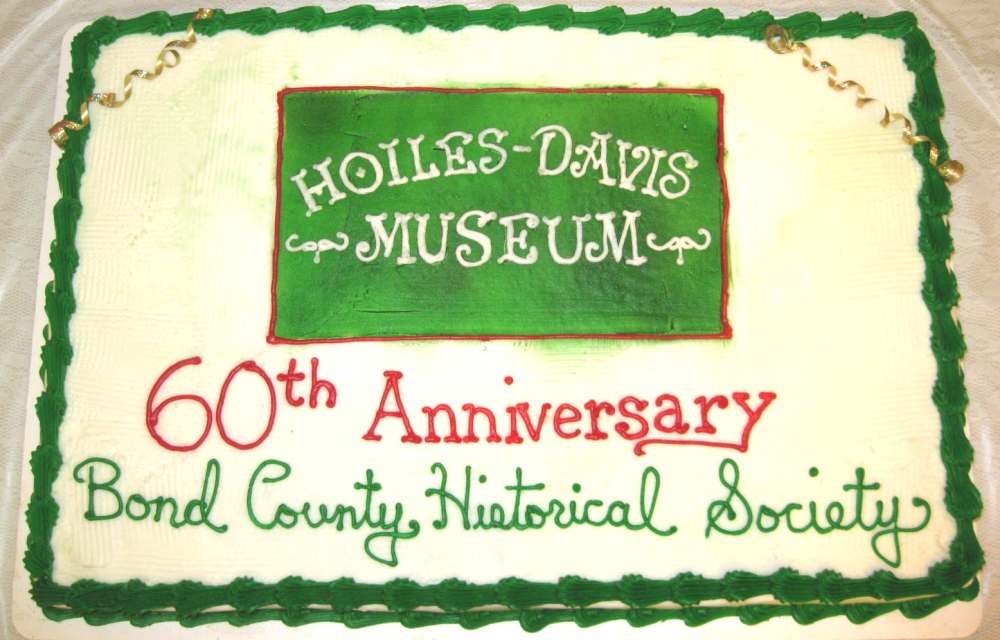 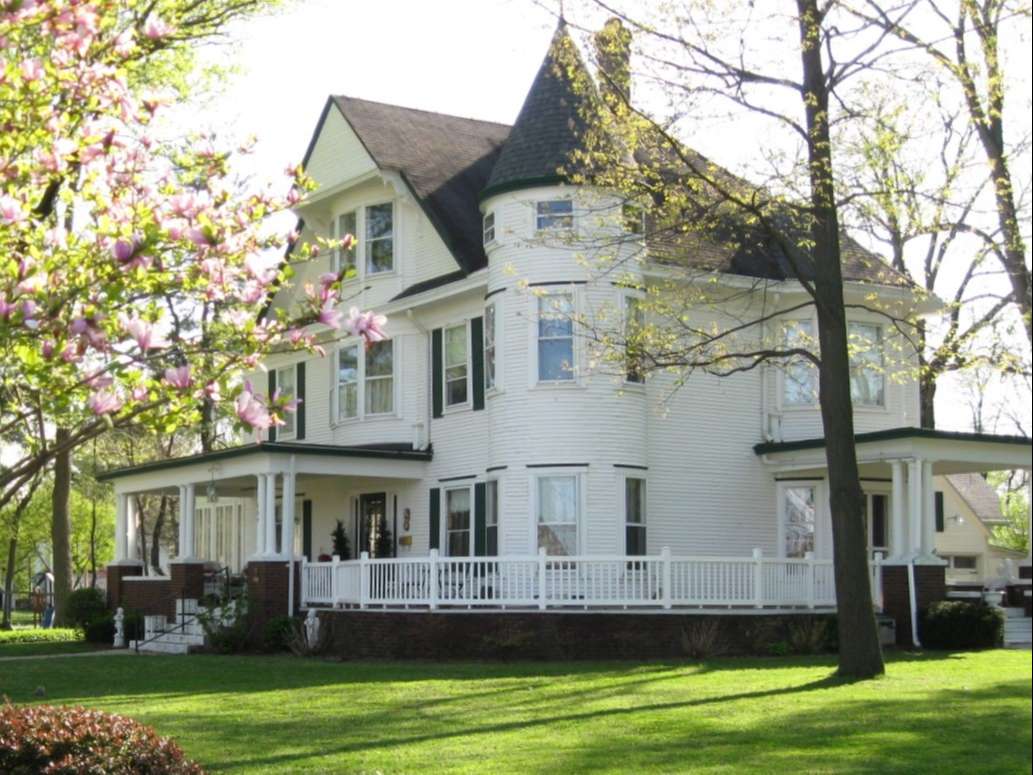 Fall 2018, the society received a donation of a fully restored 120 year old, three-story, Queen Anne Victorian home. The former U.S. DeMoulin Mansion at the corner of Winter and Fourth Streets in Greenville was gifted by a former California resident who’d owned and occupied the house since 2015. As such, the 2018 season was Hoiles-Davis Museum’s last while the society moved its home and collection to the new location, just across the street. Following the conversion of several areas to make it accessible to individuals with disabilities, the new museum with its restored name — “Bond County Museum” — finally opened for visitors again in spring 2021. 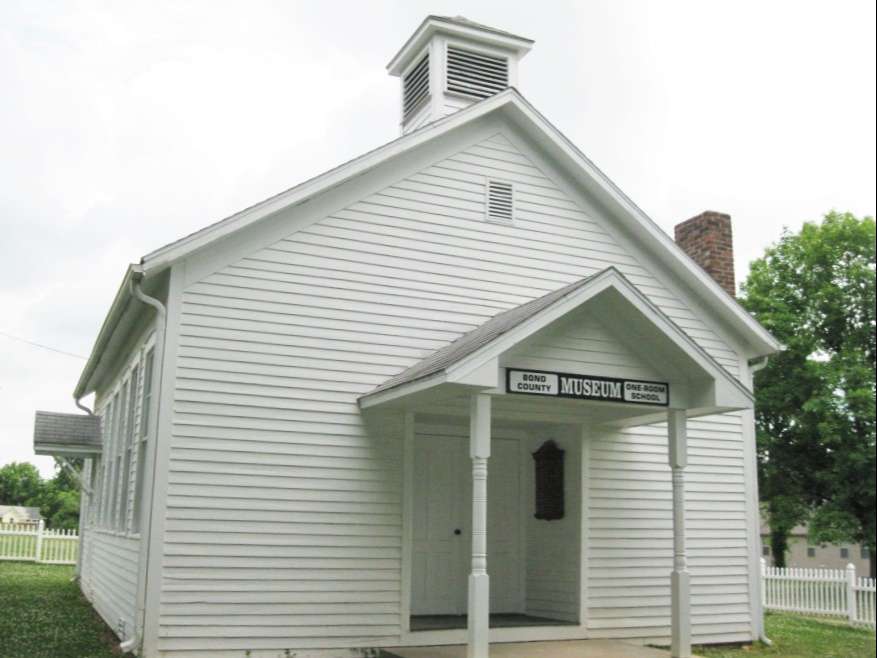 Bond County’s One-Room School Museum came under the control of Bond County Historical Society in 2020 when the Retired Teachers Association disbanded and gifted BCHS the schoolhouse building. The RTA had restored Palmer School, originally located in Tamalco Township, between 1981-2 on the grounds of the 1915 Greenville High School, later the city’s junior high building, on East Beaumont Avenue. The furnishings and artifacts came from the more than 70 one room schools that once operated across Bond County before district consolidation in the 1950s. The One-Room School Museum is open only by appointment, and with free admission. Please call 618-664-9272 or 618-664-1644 to arrange a tour. 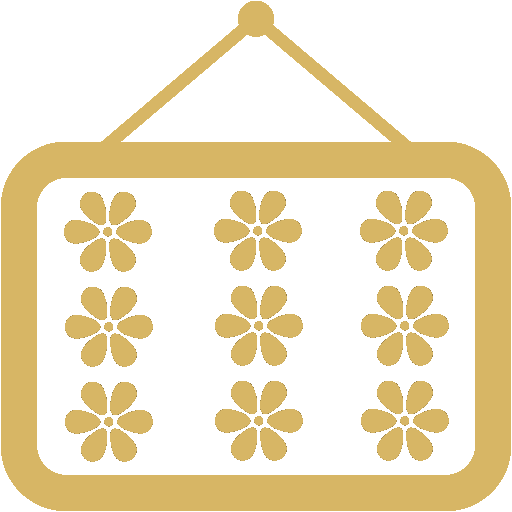 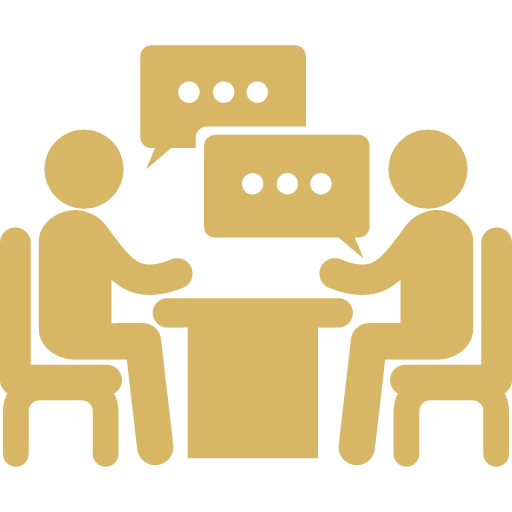